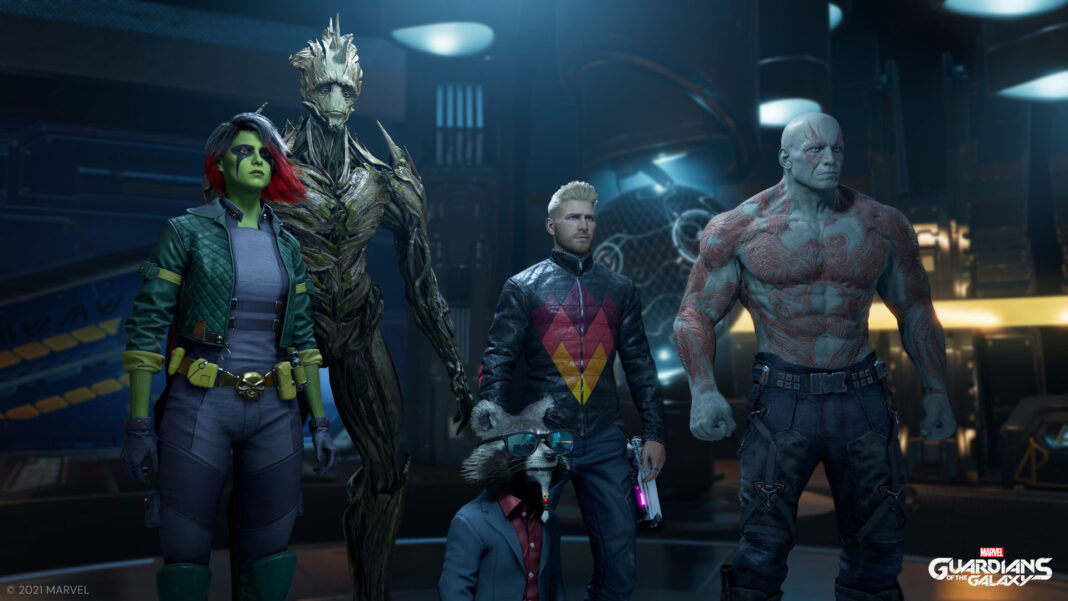 Eidos Montreal and Square Enix have dropped the launch trailer for Marvel’s Guardians of the Galaxy, 80’s soundtrack and all.

Backed to Mötley Crüe 1989 classic Kickstart My Heart, the trailer is a bombastic trip through the adventure we can expect later this month. The titular Guardians have gotten themselves into a whole new interplanetary mess, naturally. It’s up to you as Star Lord to lead the team of misfits and save the universe.

The Marvel’s Guardians of the Galaxy launch trailer also gives us a glimpse at some of the many secondary characters you’ll meet on your journey. These include villains like Lady Hellbender and Grand Unifier Raker, who’ll both be after you at various points of the story. The Guardians aren’t entirely alone though, as they’ll have the backup of allies like Cosmo the Space Dog.

The Crüe aren’t the only 80’s band on the soundtrack, of course. As we found out last week, they’ll be joined by a bunch of 80’s icons. These include Tears for Fears and Rick Astley to name but two. As well as good listening, the game’s music actually forms part of the gameplay. Star-Lord can use his Huddle power to play the music in battle, giving the team a stat buff.

Check out the full Marvel’s Guardians of the Galaxy launch trailer for yourself down below. The singleplayer adventure lands on October 26 on Xbox Series X|S, Xbox One, PlayStation 5, PlayStation 4 and PC. A Cloud Version will also be available for select regions for the Nintendo Switch.